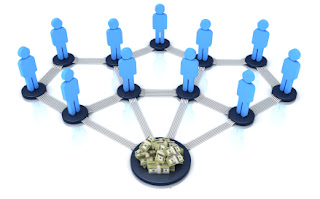 It is second time We are trying to obtain a founding for our Jaaz Portal project and I want to share with You my observations on this type of fund rising, as well draw prospect on our future.

Maybe in old times, year or two in IT is an eternity, it was possible to come in crowd funding to something from nothing but after my experiences I hardly believe that this time is over.

We had created I think interesting project that having only 1500 customers will make a profit of 100 000 Euro in three years. A 1500 clients from over 26 millions Internet sites that will be developed in next four years, But we have a problem of raising even 1000$.

It is sad but after unsuccessful campaign in the UK we will probably score another failure this time in the United States. The main problem is a start. To gain a momentum and break a limits we need to have some contributions on the start.

Unfortunately the community we had build around our project is very small and it is impossible to find anyone that would put even 10$ in this project. We would need a full scale marketing campaign to achieve this and that costs a money we do not have.

It is true vicious circle. Without money on the beginning you will not end a campaign with success. This seems to be very true, as we experience this problem for second time.

What we will do then? Well, I am not giving up and are trying to promote this project among potential investors. As next step after Indiegogo campaign we had chosen British Seedrs.com. It is fund raising tool only for businesses.

The projects usually obtain hundreds  thousdands pounds of investment, as in their scheme you share percent of your profit with investors that can put anything from 10 pounds to 100 000. Like on the stock market they buy a share in profit and later receive their part of the profit. It is so good scheme that there is literally no project that would not score at least part of needed funding. 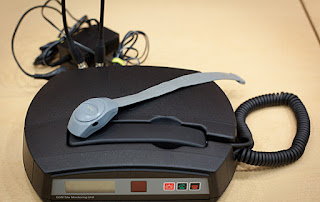 This two weeks since I had left prison was full of work for me, so I did not had time to update You on what is new in my life.

The electronic control device has been installed and I have fancy bracelet on my leg now. A high-tech gadget. I cannot leave the home but at least I have good home made food and foremost Internet. I will stay on electronic control till the Ester.

I am not loosing time. I started some project with my friend's company and now it takes much of my time. We are finishing the Business Plan and in next weeks will be looking for investors in the UK.

We started some little crowd-funding campaign for it but it is not to much success. We has gathered only 12 pounds so far. Well, it is our first time so what we could expect.

Now we prepare more serious one. We had found British seeders.com service that is focused only on business. We must offer a share in our profit instead of investing founds. This is some kind of little stock-market for startups. We are well prepared this time, so we hope for success.

On the drug policy scene I did not made much progress. Just finished Our mission statement but people are very enthusiastic and we received a lot of likes and followers, so I will continue this work in next week.
Autor: Artur o 00:50 Brak komentarzy: 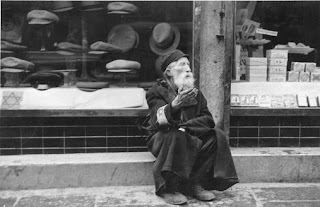 You do not know how life is when You leave prison. Yes, after time of imprisonment there is big euphoria that you are finally free but after this shot the mundane life comes on.

Without money and job there is only dark despair. However I did not give up. In prison I was working on some Internet project that I has just started after begin liberated. But how to make it real without money?

To solve this I had decided to make crowd founding campaign. I have asked for 1000 pounds to cover costs of creation of project web page, promotional video and foremost hardware. We need some server to run our site.

It is like test before we will look for founding for the project itself. At the end we will need 55 000 Euro for this project to become reality and for me to have stable financial conditions to develop further. But how to make this big cash if we cannot do just 1000.

Since three days we has accounted only one pledge worth 12 pounds. This makes me very depressed but I am continuing my work. After prison time I do not have chances for getting normal job. In this project there is all my hope.

That is why I am asking You for little financial contribution to make my dream come true and to not lose faith in mankind. Please pledge just 10 pounds. In exchange we will give You one month free of our service. You will have powerful portal server that will fit exactly in Your needs.

Please pledge now. You can also visit our development site and check our project blog. 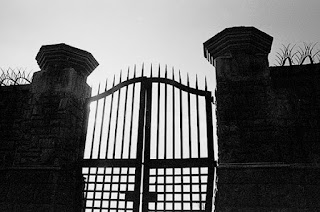 And it happened. After some time I had come out of prison last week. I returned to my hometown Poraj in Poland and from very early taken things into my hand.

Most of the time in prison I had spent thinking on future. I have my grandfather Jewish things on my head but also some prospect for more bright, business future but it is not end of my legal problems.

They has released me conditionally and I am under electronic control. It means I must have lite electronic bangle around my foot and I cannot leave my home. Fortunately it will end in just 6 weeks. Just before the Ester.

On very firsts day after my release I did called my friend Marcin Gregorczyk and we had started some Java project. Together with his Jaaz company we are creating new project called Jaaz Portal.

Through years I was working, as Java developer for top polish companies. Created two biggest polish Internet shops – Galeria Centrum and Smyk. Worked on card based security products for Telekomunikacja Polska (now Orange.pl) and the Mint of Poland. Experimented with mobile games for Psiloc and even working in biggest polish insurance company PZU.

I have enough experience in this area to start my own project and thus I started it. We do not have money so work is not easy but I have my own computer and Internet in home. Food is providing my mother. So basic things are already here.