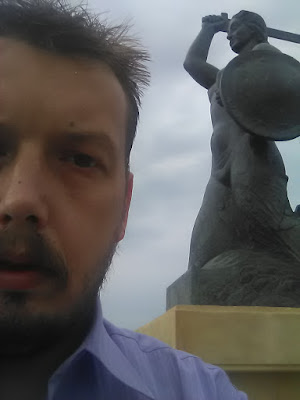 I hadn't been back to Warsaw for at least 8 years. Many things has changed; my favourite clubbing place, near the Vistula river, no longer exists. They've built a station there, for Warsaw's second metro line.

I spent the whole day walking around downtown, but also went to the Praga district, on the right bank of the river. I had an interesting job interview there, but I don't think it's the right job for me. Tomorrow I have another interview in another part of the city.

I was surprised by one meeting and I am not sure if it was a pure accident. There are 1.7 million inhabitants in Warsaw, and I bumped into my ex-girlfriend. We hadn't seen each other for maybe 10 years and, well, some people had told me she'd been killed in Amsterdam.

Some even said that I was the one who murdered her, by hitting her on the head with a bottle. She disappeared from the internet years ago, and I though it must be true that she was dead. Now when I meet her I feel clean. Nobody can say that I murdered anyone. What bullshit...
Autor: Artur o 12:05 Brak komentarzy: 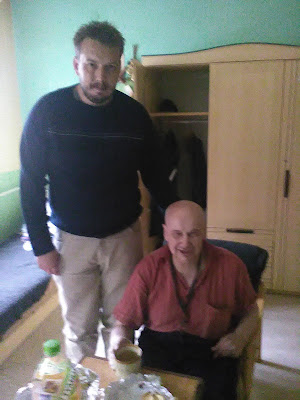 And there is hope in thine end, saith the LORD,
that thy children shall come again to their own border.
Jeremiah 31:37


I've just returned from visiting my father. I hadn't seen him since I was a kid. He has changed a lot, both physically and mentally.

During my journey to the place where he now lives, I was thinking how it would go. I was wondering if he would recognize me at all. He did. After a little pause, he whispered my name - a touch uncertainly.

But that was the only contact I was able to have with him. He is completely destroyed, not only physically. He is living in his own world. Spiritually still in communist Poland.

Going back home, I was still thinking how it could be that they subjected a Jew to electroshock and the most powerful drugs they had available. It could only happen under a communist regime. They hated us so much...
Autor: Artur o 10:59 Brak komentarzy: