The talks with the Bank has progressed but definitely not in the direction we wish. They stated that from their side our project will be closed but are ready to do a joint workshop between Agency Icole, the Bank and their Brokerage House.

After a short discussion, we have accepted their invitation. We will see what will happen during the meeting.

But looking at Lithuania I wonder why Agency Icole cannot repeat the success of Desico? What is wrong with this country?

Whatever Prime Minister Netanyahu said or not said words of 'Poles that collaborated with Nazi' I want to make a simple observation. Not only individual Poles was doing that. There was also French, Englishmen or Americans and Russians doing this on an individual level. There is no need to blame whole nations for such wrongdoings.

Moreover. There were individual cases of Jews collaborating with the Nazi regime. I do not think only about Jewish Police in the Warsaw Ghetto. Not many people know that in Gestapo there was Jewish cell that hired 4 Jews to make persecution of other Jews.

That is a historical fact that is undeniable. As undeniable that when it comes to Israeli there was an unspoken level of cooperation between the fraction of Revisionist Zionist and the Hitler and Mussolini regimes.

Until the middle of 40ths, this fraction had a formal agreement with the Nazis to recreate Jewish State in Palestine with the help of Adolf Hitler.

From that occasion to celebrate this infamous alliance about which Isreal is silent they have even made Isreal-Nazi coin.

In this context leader of the regime that was in past collaborating with the Hitler and Mussolini shall be silent on the individual cooperation between some of Poles and the Nazi. He shall never make a single word on that.

But can this wonder you if you know the story of the Netanyahu family? Was not this his grandfather Ben-Zion Netanyahu that fleed to Palestine not because of ideology but because of being persecuted by the Marshal of II Commonwealth of Poland - Mr. Pilsudski?

The words of Ben-Zion grandson, if true, has made me very sad. Especially that was made on the soil which drowns in the Jewish blood. On the soil so devastated by Hitler and his allies crimes.

They made me sad, not only as the Pole but also as someone that has in his veins Jewish blood. That would be exterminated in the time when this infamous Israel-Nazi coin was made. In some sense, these coins are no different from those silver ones for which Judas sold the Christ.
Autor: Artur o 00:00 Brak komentarzy: 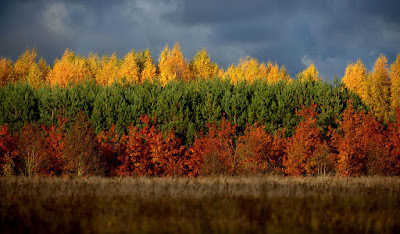 Some time ago I have discovered that our Agency has a competition on the Polish market. Paradoxically it has made me stronger.

The competition is called Desico and is based in Lithuania. I have quickly made a contact with their CEO over the LinkedIn.

We have exchanged a few sentences. I told him that he is our competition and it is like David and Goliath actually. He replied, he is not and that we shall cooperate.

That is not true. He is preparing to enter the Polish market and have a Polish version of their web-page. It is direct competition to our Agency.

But this has not weakened me. Opposite, it has made me stronger.

It is good to have competition not only because it is stimulating your development but also because it shows to the investors that your business is actually worth something.

This guy has made me stronger. A year ago he was in the same position having the same idea for a business and in just one year he has become a CEO of the joint-stock company supported by Lithuanian Ministry of Finance.

I wonder if we could have the same level of support in Poland. I do not know but on Wednesday I'm together with my team going to headquarters of PKO Polish Bank to give a presentation on my agency. So keep the fingers crossed.
Autor: Artur o 22:56 Brak komentarzy: 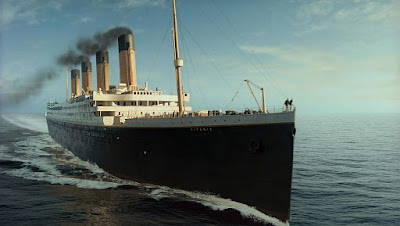 The news of the month is that our Agency Icole has been invited by the Polish Bank PKO to give a presentation on Security Token Offerings (STO) next week. I was surprised that some of you criticized us by claiming we are doing a deal with Jarosław Kaczyński Law and Justice party.

We are no political business entity and we will be dealing with any political force interested in our project. However, I ask those who criticized us to give us an example of support from the Civic Platform. Is there any single one?
The answer is no. Moreover, I had a really bad experience in times the Civic Platform was ruling the country. For me personally, it was a time of misery, repression, and persecution. I do not wish to see the same people in the government while I must say I do not support the Law and Justice party because of differences in the social spheres.

I was observing Civic Platform latest move to team up with communist Leszek Miller and I must say it seems for me as the Titanic. This way their leader in my eyes is no different from the captain of Titanic. They will drow in European Parliament elections and I'm quite happy about this.

From two evils I prefer Kaczynski which is like Dmowski - leader of national-democrats, that just a communist Miller.
Autor: Artur o 04:12 Brak komentarzy: